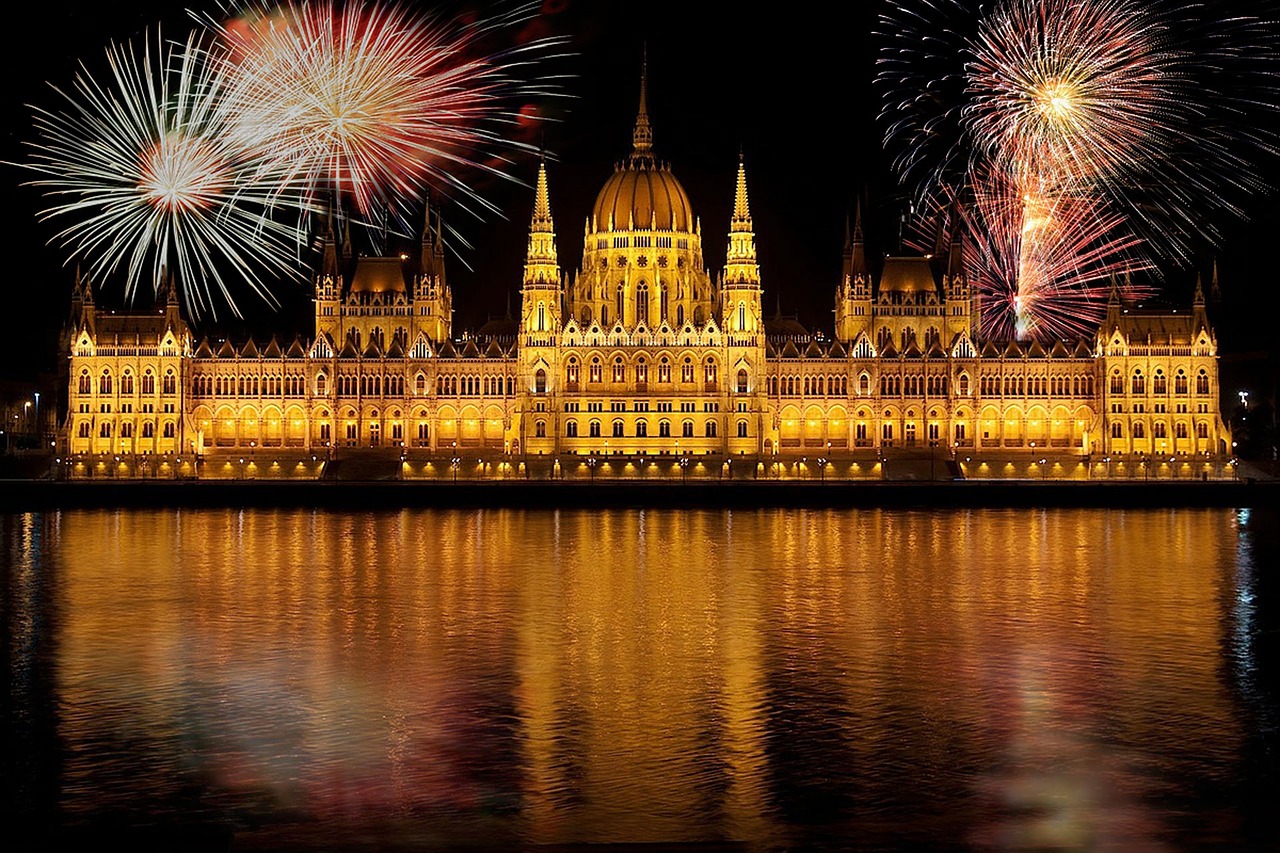 Britain’s Next Bust: Time for Scotland to Leave

When Mark Carney was hired by George Osborne to help him win the 2015 Westminster election, he may not have expected to be taking part in the NO campaign for the Scottish Referendum. But he has loyally followed the Treasury script. Meanwhile his day job requires him to keep money cheap until May 2015. Interest rates have been at an all-time low of 0.5% for more than five years, and  they will not be raised before the election unless market forces intervene.  Sometime after that the next downturn will begin.

When interest rates eventually go up, so will mortgage rates. The prices of houses and shares will come down, and some people will be driven back into negative equity. And after 2015, further cuts in public expenditure to the tune of £25bn per annum, cuts to which the Labour Party has already signed up, will come into effect.

Money printing in the gambling house

As a result of years of money printing and lax regulation by Western governments, the international money and capital markets have become a vast casino where leveraged speculation and rent-seeking have gradually displaced those markets’ proper functions of price discovery and capital allocation. The financial crisis that became apparent in August 2007 and triggered the recession of 2008-12 produced panic amongst British policymakers. They had earlier convinced themselves that they had abolished the business cycle : “No return to Boom and Bust” was Gordon Brown’s endlessly repeated refrain. His shrinking band of admirers have long awaited an explanation of how this feat was to be accomplished. So far, despite self-serving memoirs by Brown and his accomplice Alastair Darling, none has been forthcoming. They both claimed in 2007 that the British financial freedom had been hit by an “external shock”, a “global financial crisis”. The crisis was neither external nor global. A financial crisis is not like a meteorite strike, it is a wholly man-made phenomenon. It was made by central bankers, Treasury officials and regulators in London and Washington, as well as by bankers on Wall Street and in the City. Egged on by the latter, the former fantasised about a chain reaction of insolvencies that would end in catastrophe.  They thought that the normal rules of the market economy and of monetary and fiscal prudence needed to be suspended so that public funds could be poured into the rescue of gambling houses masquerading as banks.

Bank of England officials, Treasury civil servants and their political masters all  share responsibility for  having led the British  economy into the recession of 2008 and then left it to languish there for four more years.  Right up to the beginning of the run on Northern Rock in August 2007, the policymakers at the Treasury and the Bank of England refused to recognise there was a problem. The opening sentence of the Bank’s Financial Stability Report in April 2007 read “The UK financial system remains highly resilient”. Five months later the run on Northern Rock began. While Alan Greenspan, Jean Claude Trichet and other central bankers have since confessed they didn’t really understand what was going on at the time, Mervyn King later said he saw it coming. If he did, he didn’t do anything about it. In Ireland, the politicians responsible for that country’s financial crisis retired in disgrace, the Governor of its central bank was sacked, and senior bankers are facing long jail terms. In Britain there have been no resignations, no sackings, no trials, not even the hint of an apology. There has been no enquiry into what went wrong. The myth of Whitehall infallibility must be maintained at all costs.

Instead, it is ordinary people who have been punished. After allowing for inflation, average wages in Britain are now back to where they were ten years ago. It will take until 2020 before they return to pre-recession levels. Under the supposed protective umbrella of the Union, average living standards in Scotland have fallen in each of the past six years.  We have become poorer together.  Appropriately, the man who was chiefly responsible for British economic policy for three of these six years, and therefore one of the architects of our present misfortunes, is none other than the leader of the NO campaign, Alistair Darling.

When he was Chancellor in 2008, Mr. Darling thought he could spend his way out of the recession with a ‘fiscal stimulus’, despite Jim Callaghan having told the Labour Party as long ago as 1976  that it couldn’t be done. Callaghan was proved right. Just as the only way to escape a hangover is not to get drunk, so the only way to escape a recession is to avoid the preceding boom. In the words of one of Ben Bernanke’s predecessors, William McChesney Martin, the function of a central banker is to take away the punch bowl just when the party gets going. For the last ten years, this advice has been comprehensively ignored: the punch bowl has been periodically and generously replenished, much to the delight of politicians in power who like nothing better than cheap money to stimulate a boom in the run-up to an election. Welcome to the party, Mr. Carney.

For some time now, British economic policies have aggravated rather than dampened the business cycle. In the early part of the last decade mortgage lenders were encouraged in the name of social inclusion to make loans to people who couldn’t afford to pay them back. In the same period monetary policy was kept too loose for too long, stoking up bubbles in the price of houses and other assets. The mortgage market was barely regulated, while wholesale financial markets were not regulated at all. When the house-price bubble finally burst, bad property loans did even more damage to the UK banks than did trading in exotic derivatives. And successive governments led banks to believe, correctly as it turned out, that they were too big to be allowed to fail, thus encouraging their reckless behaviour.

The UK public finances have deteriorated significantly since 2000. In 2000 the UK ran an estimated ‘structural ‘(i.e. adjusted for the business cycle) budget surplus equivalent to 2.4% of GDP. Despite strong economic growth, by 2007 the surplus had turned into a deficit of 5.2%. This was the result of persistently over optimistic forecasts by the Treasury as well as unsustainable spending commitments. Because of the official pipe-dream of no return to boom and bust, the fiscal rule of delivering current balance over the cycle made no provision for the risk of recession, and was too slack by about 3% of GDP. In 2007 the UK had the largest structural deficit among the G7 economies. Across the 35 advanced economies monitored by the IMF, only Ireland and Greece are estimated to have had a larger structural deficit in that year. The UK was therefore poorly placed to deal with the fiscal consequences of the recession that began in 2008 and lasted until 2012.

Why did that recession last so long? Largely because the printing of money on an industrial scale by the Bank of England, curiously described as ‘quantitative easing’, kept interest rates artificially low. Had interest rates been allowed to find their market level, they would have shown up the unprofitability of failing businesses and non-viable investment projects. These would have ceased to absorb the capital and other resources that should have gone elsewhere. The remedial function performed by a recession is to eliminate the unprofitable activities that were unjustifiably started in the boom. While a rising tide lifts all boats, it’s the falling tide that reveals who’s been swimming naked. So long as interest rates remain artificially low, capital will continue to be misallocated and real investment risk very difficult to determine. In these circumstances, business confidence is undermined and a firm foundation for solid growth cannot be established. It is not surprising therefore that the rate of business investment in the British economy is currently so low.  Artificially distorted interest rates don’t encourage growth that is sustainable. Instead, they temporarily encourage spending by those consumers fortunate enough to own houses, shares and other assets

PS: Recessions are not unusual

A key feature of market economies is that they all experience an irregular cycle of boom and bust,  widely known as the business cycle. Recessions, i.e. two or more successive quarters of falling output, have varied in depth and duration from one country to another and from one time period to another, but they are a fact of economic life. There have been at least 150 occasions since 1870 where a country experienced a fall in output of more than 10 per cent.  Then there are financial crises: there were 10 bear markets in US stocks in the 50 years from 1932 to 1982. Sometimes, (1980-81, 1990-91, 2001-02, and 2007-08), these financial crises have been followed by recessions in real activity, at other times, (1987 and 1997-98), they have not.